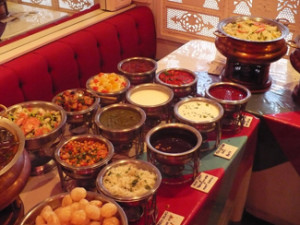 India has been a country of splendor for over seventy centuries. Few societies boast such an unbroken cultural, scientific and intellectual life, marked by such a high level of creativity and achievements. The extraordinary complexity and richness of Indian history intrigues us today. These indigenous people who inhabited a territory called the Gangetic and Indus Valley produced a great culture for four thousands years before Jesus Christ was born. They created a society of innovators, of intellectuals, of scientific, of social and political institutions. They have gods from all kinds to choose from. Imagine, they even had a complete treatise on human sexology “Karma sutra” in 2000 B.C. and Vedric System of herbs and spices. Hinduism and Buddhism was born in India before Jesus. Aryans from Central Asia came to northern India in 2000 B.C. Greeks, Persians, Moguls, Arabs, Portuguese, Dutch, French and British came to India one after the other yet the India of today is still the same as it was 4000 years ago. All invaders came to trade in textiles, spices, diamonds, precious gems, fine silks, perfumes, herbal medicines, and to rule India along with Indian Maharajas. Today’s India is independent with a population of one billion people, compromising of Hindu majority, large Muslim minority including Christians, Parees, Jains, Sikhs, and Jews-all living freely under democratically elected government.

Family, food, rituals, gods, festivities is India of today. A poor man will go hungry believing in Karma, but he will neither kill, nor steal for food or material wealth. This magic of India is what foreigners call unbelievably exotic.

Indian cuisine of using herbs and spices is good for the well being of the human body. Indian food and medicine culture is 5000 years old with its citings in the “Vedas.” The spices used were introduced scientifically and coded in books. All spices belonged to pharmacope of the Indian natural medicine system called Ayurvedic Medicine. Indian food culture was highly sophisticated with techniques unknown to western cuisine such as clay oven tandoors, use of various metal cooking pots for various health needs and the use of vegetarianism for attainment of higher spiritual values and health. Indians have been using “Ghee,” (clarified butter) as anticholesterol instead of butter. The use of lentils, beans and pulses substitutes meat as proteins. The use of onions, garlic, ginger, chilies, spices and herbs is an anti-blood coagulant and disinfectant, thereby good for the well being of the human body and soul.

Cuisine at ROYAL INDIA is based on the above scientific principles. Our chefs have created a true taste as served in the palaces Maharajas. They have created wide varieties of delicious specialties reflecting best Indian palates.